A lake which is a hot tourist spot. In daylight, its an attraction. But, When sunlight starts to fade away, those attractions begin turning into fear. It’s the reality of the haunted Foy’s lake. This article is about two lady ghosts, the mysterious fireball of that beautiful lake in Bangladesh.

Foy’s Lake is the current largest beautiful lake located in Chittagong City, Bangladesh. It has both attractive and haunted natural beauty that will definitely drop your jaw out. This beautiful lake is carrying a history of both glory and a story of terror. Let’s go through the details about Foy’s Lake

Foy’s lake is a reservoir type artificial lake built in 1924 by supervision of Mr. Foy. He was one of the British East India Company Officer. In purpose of creating a dam across the street that had come from the Hills of Northern Chittagong zone. Also, one of the other important reasons for creating the lake was to provide drinking water to the railway colony that was located nearby. The person Mr. Foy was also a railway engineer who, materialized the entire project and the lake is eventually, named after him.

Since the establishment, Foy’s lake had been one of the most attractive amusements and tourist attraction points of Chittagong city. That’s why Government and the authority ensure the proper take care of this lake.

Currently, there is a carriage workshop, a loco shed, diesel workshop, electric stores, stores, and a school (established in 1924) at the nearby area of Foy’s lake.

The Century-old Story of Foy’s Lake that Haunts People Yet!

There are some horror stories about this beautiful lake. One of them is as old as itself. Even some evil incidents prove that the story was not completely out of nothing. The century-old story-line of being it a haunted place is one of the reasons why we kept it at our 1st position among the Haunted places in Bangladesh.

The lake is still carrying a haunted story of 100 years old. Even, local people over there still don’t know when and how the paranormal activities took place at Foy’s Lake. Still, the incidents that are related to the story are going on. So, Many horror myths are going from generation to generation. 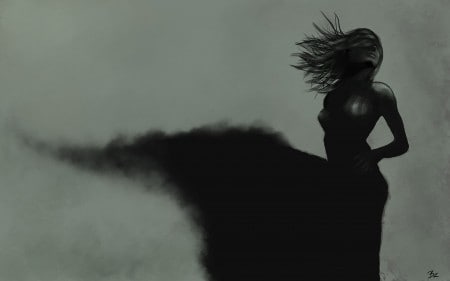 The Story- The Woman and the Black Shadow

The is a 130 years old tale about the ghosts of two ladies who appear in Foy’s lake. People use to claim that, a black shadow was there near the lake that sometimes attacks passersby. It usually happens when any people passing through the bridge of the old Foy’s Lake. On the contrary, there was another ghost of a good spirit. It used to warn people from a top of the nearby trees while someone is about to be attacked. The good ghost used to wear a white dress while the evil one always appears in black. Some evidence also claimed that the rivalry between the shadow ghost and the woman was lasting from centuries to centuries. Both of them had superpowers.

As an example, people used to say that the woman was seemed to sit on the curve of two adjacent hills where nobody else could have even reached!

Another rumor also runs regarding the haunted Foy’s lake which claims there were two women with the rivalry of evil spirit between each other. One of the women had a black shadow. She frightened and killed people. Another woman used to save the lives with her good powers. The second woman was comparatively younger. She used to warn people before getting attacked. Some old people have claimed that they experienced both of the incidents visually.

Another story about the lake area which claims the presence of another evil power at old Foy’s Lake. Let’s go through the second story regarding our very first haunted place in Bangladesh.

Another exciting haunted story-line is going on about Foy’s lake. Local inhabitants have also claimed to be the witness of it. During the night, people living nearby use to claim that, they see flying fireballs of several sizes to fly from one end to another end in the sky of the lake. And this is something that many people claim to witness by themselves. But no one could explain what this is and why this happened.

According to some of the people nearby, this is the sign of the presence of JIN- the hidden creature according to the Islam. These incidents sometimes frightened people away and eventually, this place had been well-known for paranormal activities and haunted by an evil spirit.

On the other hand, some people now a day’s explain that as nothing but methane gas burnt during the nights of summer. But whatever the light source is, people still are frightened a lot about those flying fireballs.

Currently, Authority is taking care of Foy’s Lake as a tourist spot and a natural attraction of Chittagong. This lake had recently been undertaken by the Concord International Development Company for 100 years of the lease. This Company is planning to build the largest Theme park and Amusement Centre of the country.