Have you ever heard about ghost dogs? Maybe, Yes. But, The horror story about the black dog squad in Aliapur village in Chuadanga will surely give you goosebumps.

In Bangladesh, There are so many horror myths available here and there. These have no strong evidence. But, You will find many of them in popular blogs, media even on Wikipedia. One of these myths is about Aliapur village of Chuadanga district. Though I have no evidence of it, I’m sharing this rumor with you. 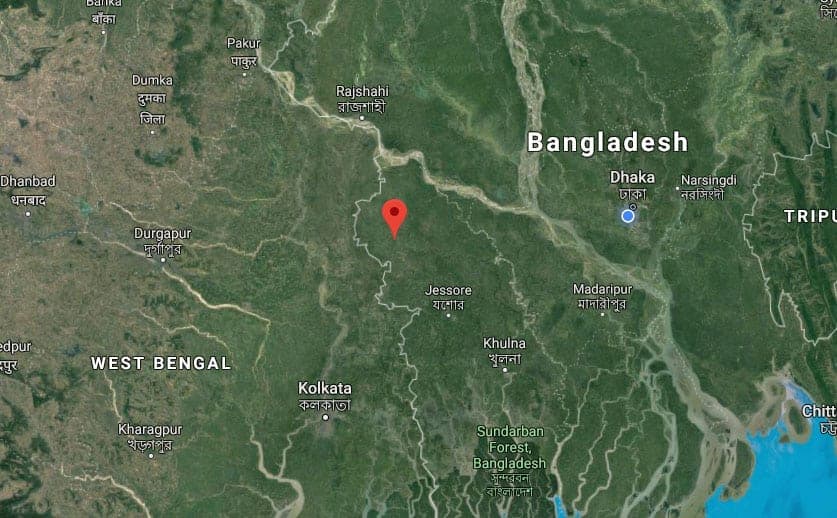 Chuadanga is a district of Bangladesh which shares a border with Nadia district, West Bengal, India. Aliapur is a small village in Chuadanga. Like other rural areas, it also has been carrying several horror myths and folklore. But, The one about some black dogs is very different.

In every new-moon, Some black creatures circle around Aliapur village. These creatures start it at 12 AM and end at 3 AM just before the Fazre prayer time. Rumors say there are so many peoples who have seen these animals. According to their opinion, These were similar to the black dogs. Older villagers claim this happens only at the nights of new-moon. So, These are also known as the black dog squad of Aliapur. But, Dark dog squad seems perfect to me as these are carrying an evil power.

A Real-Life Experience with these Evil Dogs in Aliapur:

Once a group of young men wanted to investigate the whole matter. Probably, They tried to find out the secret place where the dogs came from. So, In one new-moon night, they started their investigation so that they could see these dogs were walking. They did not fail entirely. They saw the dark dog squad. It was a great surprise to them that the dogs were maintaining very good discipline like Army. The young men went too close to these dogs. Unfortunately, They were seriously wounded by dog-bites. They reported that the dogs walked in a line with the same pace. The dogs were dark black in color, and their eyes had a kind of bluish tint.

Aliapur is still carrying this horror folklore. But, No one has claimed to see these dog ghosts in recent days.